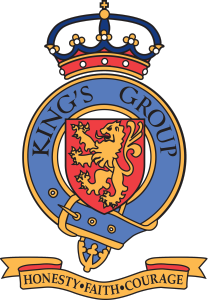 Led by CEO Elena Benito, King’s operates six schools in Spain, consisting of three schools in Madrid, one in Alicante, one in Elche and one in Murcia, as well as a school in Panama and one in Latvia.

King’s Group has spent nearly fifty years delivering the English National Curriculum to children, many of whom do not speak English as their first language.  Students can start in our schools abroad as early as 18 months old and soon become fluent speakers of English, as well as their mother tongue.

All teachers in King’s Group schools have been trained in the UK and all lessons are taught in English.  The students follow traditional IGCSE and A level courses.

All of the schools in the group are regularly inspected by the Independent Schools Inspectorate (ISI) which is, in turn, monitored by Ofsted.

King’s College Madrid, was a founding member of the Council of British International Schools (COBIS), which is a well respected educational group at the forefront of British education internationally.

“King’s Group has a long and distinguished history of educational leadership. British schools from as far away as Asia and Latin America look to King’s for inspiration and admire our expertise in all areas of education. Leadership is one of our real strengths. Our vision and mission are not ‘beautiful dreams’ but a very significant and positive reality that we can all build upon.”